My Journey With Change and Finding the Courage to Share it 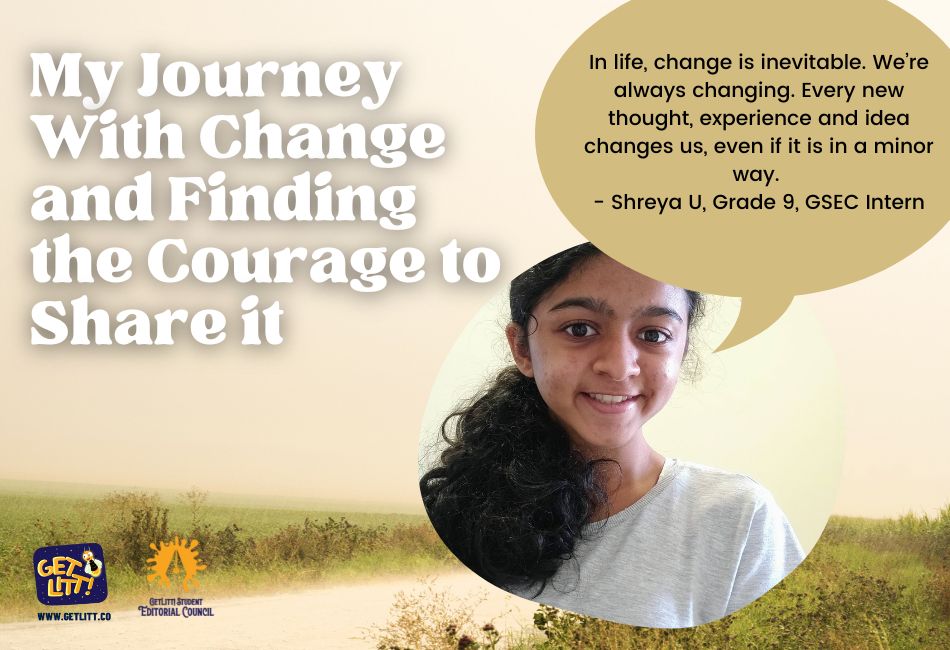 When we were accepted into the GetLitt! Student Editorial Council, we were sent a gift before our first class. It was a journal, and we were told to fill it up with anything that inspired us or that could serve as inspiration. At first, I was confused. I wasn’t sure what to write, but nonetheless I filled my journal with observations, thoughts and notes of the things we learned during the weekly masterclasses. Halfway through the internship, we were told that we would have to create a final project based on the content of our journal. I panicked, I didn’t feel like my journal had anything meaningful enough to create a project based on. I read through my journal again and again, desperately trying to find inspiration for the project.

I noticed a pattern in the things I wrote about myself and my life. There was an underlying sense of resentment towards my past self. Every time I had something happen in my life, I would link it to the choices I made when I was younger. If I had found happiness in something I had never done before, I would regret not having done it sooner and if there was something bad, I would attribute it to having a bad attitude or being a bad person when I was younger. I realised that this was unreasonable and I decided that my final project would be about overcoming this and accepting every version of myself. 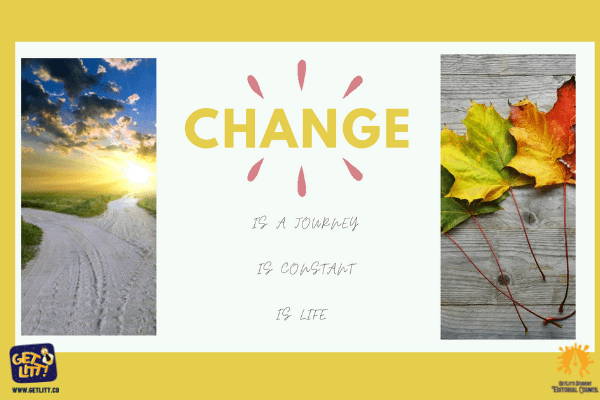 I also had to decide how I was going to present it. We were given complete creative freedom and I decided to write a poem. It seemed like the best option to me at first, but soon I realised that the thought of presenting my poem and sharing my thoughts out loud was very daunting. These thoughts continued to plague me as I wrote my poem. With every word, I wondered how I would say it out loud in front of other people. I decided that I would take it one step at a time and focus on writing a nice poem, without thinking about presenting it. I kept writing and re-working till we had to go for our first rehearsal. I thought that I had reasoned it out in my head and I wouldn’t have a problem presenting it in front of a small group, but when my turn came, I choked.

I wasn’t able to speak. It felt like the words were stuck in my throat, and I couldn’t bring them out. After everyone had finished, and I had tried my best to build up the courage to speak, I got through the poem, trying not to mumble. I realised that it was going to be a lot of work to find the courage to share something so personal and I started working on saying it out loud to myself. I tried to rationalise it in my head, telling myself it wasn’t really a big deal. After rehearsing it to myself a few times, I found that the only way I was able to say it out loud when I disassociated myself from the piece. I imagined that I was just saying something that someone else had written. That helped me get through all the rehearsals and slowly, I found it easier and easier to reconnect with the material and add new points to it as I spoke instead of just reading from the script.

The day finally arrived and I was both nervous and excited. Through the preparation for the project I learned a lot and managed to coherently write down everything I had discovered about the impact that change had on me:

In life, change is inevitable. We’re always changing. Every new thought, experience and idea changes us, even if it is in a minor way.

Personally, change always scared me. When I was younger, I felt like I had everything together. I knew exactly what kind of person I was and I loved that person. I was doing very well in school, in extracurricular activities. All the adults around me regarded me as a perfect child, so I picked that up and had it ingrained in me that I was perfect, so I knew that I could never change if I wanted to keep it that way. Over time, I had created very stringent rules in my head about how I was supposed to think and how I was supposed to act and although it sounds like a really awful state of mind to be in, I was truly very happy and self-assured.

But, of course, I did change as time went on. I didn’t really notice it, it was quite gradual but one day I looked back and realised that I didn’t really think or act in the same way I did before and that was scary. It was especially hard because all these changes happened at a time in my life when everything around me was changing too. I was going to higher grades, becoming a teenager, there were all these pressures whether it was exams or friends and I didn’t quite understand why that was happening so I just assumed it was because I was changing that everything around me was changing too. So, I blamed everything on the fact that I had changed and that made me feel so guilty and lost.

But then again, over time I adjusted to the new stage of my life and I was happy again. So I began to really hate the person I was before, because in my head I thought, “If I’m happy now, as the person I am now, then the previous version of me was keeping me from this happiness somehow.”

I wrote a poem on my journey with change, titled, “Roads”, because I think roads are a great metaphor for life and change. We go left, we go right, we turn around, we move forwards and backwards. We take the road leading to where we want to go, but where we want to go and how we want to go there changes all the time, so the roads we take change with them. The road you took to go somewhere else isn’t the right road for where you’re going now, but that road was the right road then and the road you’re on now isn’t wrong either. But the beauty of roads is that there are no permanent stops on roads, we’re always moving forward or backwards, changing directions and shifting roads , and the same applies to life, we’re always changing. Our personalities, thoughts, moralities and actions are always changing.

Through this project, I was able to discover a lot about myself that I hadn’t even thought about before. I’ve always been scared to share my poetry with other people. Even just making them read it feels embarrassing and scary, like I’m exposing an extremely vulnerable part of myself. Which is why, when I managed to say my poem out loud, in front of all those people, I felt a new sense of strength and confidence that I had never felt about my poetry. I was extremely grateful for the opportunity to share my thoughts in front of so many people, and the fact that I was able to conquer one of my greatest fears is extremely empowering and gives me hope that anything is possible!

Read: 3 Reasons Why Speaking to Abhijeet Kini was an Unforgettable Experience!

Read more: Do emotions have a gender?

I’m Shreya Upadhyay, a student in the ninth grade. When I’m not studying, my hobbies include reading, writing, and crocheting. I’m the kind of person who can read anything, fiction or nonfiction. I love fantasy novels like Percy Jackson, Harry Potter, and Lunar Chronicles. I also enjoy writing poetry and experimenting with different forms of poetry and writing. I love to learn new things and when I decide to do something, I will not stop till I get it done. Earlier this year, I decided to learn how to crochet. After following a few Youtube tutorials, I really got into it and now I always have a project to work on. I also like to play the piano and basketball. I love cats and dogs as well :) Shreya Upadhyay is part of the GetLitt! Editorial Student Council, a 10-week, literary initiative aimed at getting students actively involved in reading, writing, and editing.

Previous Posts Can A 9th Grader truly be an Editorial Intern?