There is something that ties all children’s book authors together, and that is their wide-eyed view of the world. Nalini Sorensen is one such author, her optimistic disposition and love for children, dogs and books has led her to an award-winning book career. She is an author that has published books with various publishers, contributed to numerous published anthologies, written for children’s magazines, and written readers for schools in India.

We’re so happy that we got a peek into the mind of this delightful author’s world. However, before we dive into the interview, here is a little information about her children’s books that may interest you. 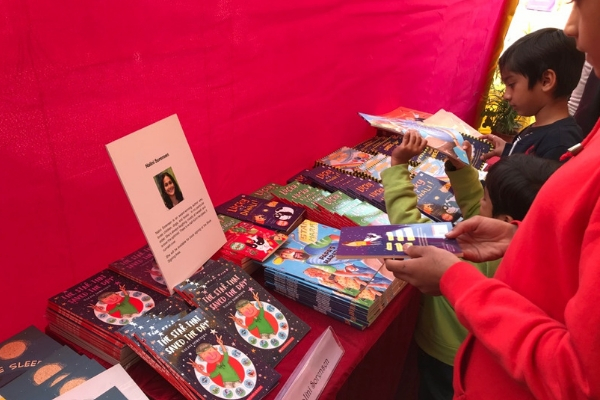 Nalini Sorensen has authored nine books that are as varied as the author’s imagination and captivated the minds of children. She even won the prestigious Jarul Book Award twice in a row for the books Papa’s Marathon and Dada’s Useless Present.

Papa’s Marathon is about Gia’s papa who has signed up for a marathon. The whole family rallies behind him, Gia’s grandmother being his biggest cheerleader. However, as the big race day approaches, Papa looks like his fitness goals are faltering. This cheerful story brings up themes of fitness and the faith of family. 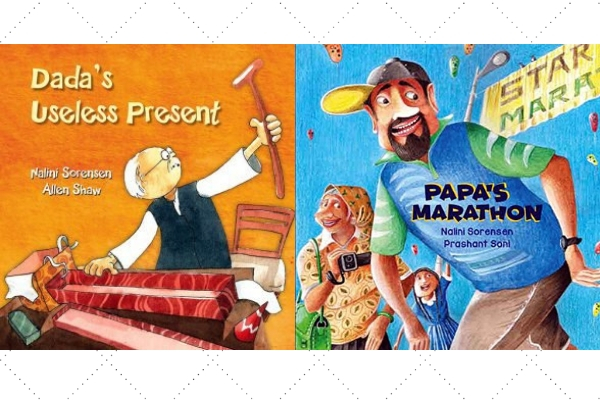 The other Jarul Book award winner, Dada’s Useless Present is about 82-year-old Dada who is celebrating his birthday. Although he still feels young at heart, his son’s gift paints a different story. This lovely story beautifully captures the spirit of ageing and grandparents who still love their independence.

Some of her other work includes picture books like ‘Number March’ and ‘Alphabet Dress Up’ which help kids develop pre-math and English skills. Recently, she launched two new books based on festivals. ‘Lucky it’s Diwali’ is about Lucky a Cocker Spaniel puppy and an 8-year-old boy Adit who both have a dislike for fireworks.

The story is set during Diwali season and is told from the perspective of Lucky the dog. Similarly with the next book of the series, ‘Lucky, It’s not just a Christmas Story’ Nalini Sorensen brings the characters back. This time with a heartwarming story about friendship and giving, again told through the eyes of Lucky the dog.

Now that we’ve gotten to know her body of work a little better, it’s time to dive into Nalini’s personality! 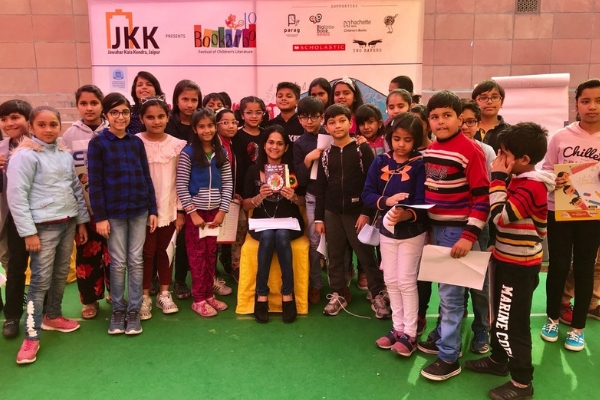 I just think life’s too short to not laugh. I love to laugh, and I know most people do. I also feel that children only re-read books that make them laugh.

TGL: Which children’s book character do you think you’re most like?
NS: Just one? How boring! I’m me, and there’s no one like me. So, I think I have a bit of Hermione (J. K. Rowling), a chunk of Shark (Aaron Blabey), a crumb of Matilda (Roald Dahl), a pinch of Andy (Andy Griffiths), a lot of Charlotte (E. B. White) and a dose of the witch (Julia Donaldson), all happily churning around in me.

TGL: Tell us a children’s book you love.
NS: You made me pause. How can I choose just one? I love different books for different reasons, and often depending on the mood I’m in. Since I just read this one last night, I’ll go with ‘Ish’, by Peter Reynolds. I love Ish because it helps me remember that it’s okay for first story drafts to be book-ish. They’ll get where they are supposed to be, in due time.

TGL: If you could have any pet in the world, what would they be and what would you name them?
NS: Well, it would have to be the pet I have! (Why long for something, when you already have the best?) We have a one-year-old Groodle (Golden Retriever + Poodle) puppy who is the center of our home and the sunshine in all our lives. She’s bossy and terribly spoilt, but loves each of us equally, yet differently. Her kisses are just the best thing in the world. 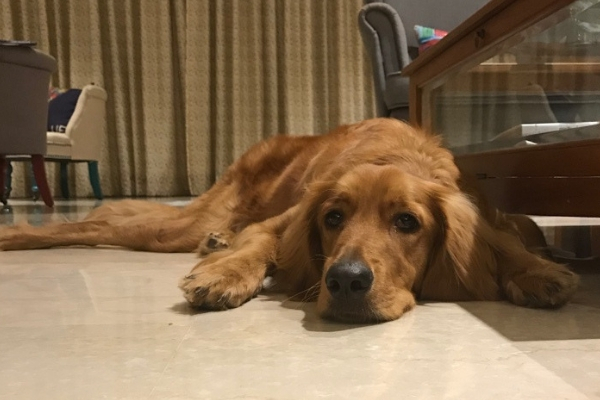 TGL: If you had to write a story about an object/human around you, what would it be about?
NS: It would be about a muddled GPS, giving me wrong directions, as I drive through the city in maddening traffic. I mean, why not?

TGL: Give us a reason why reading is vital for children?
NS: I’m going use my favourite Dr Seuss quote here – ‘The more that you read, the more things you will know. The more that you learn, the more places you’ll go.’ Doesn’t that just say it all?

TGL: Favourite tv shows/movies that have been adapted from books, your favourite and why?
NS: I honestly watch hardly any TV. My sons and husband tease me, because when we do go to the cinema, I often fall asleep. There’s nothing like the cinema for a good snooze. When it comes to TV, the only thing that manages to hold my interest is a cricket match. So sorry, I can’t answer this one. 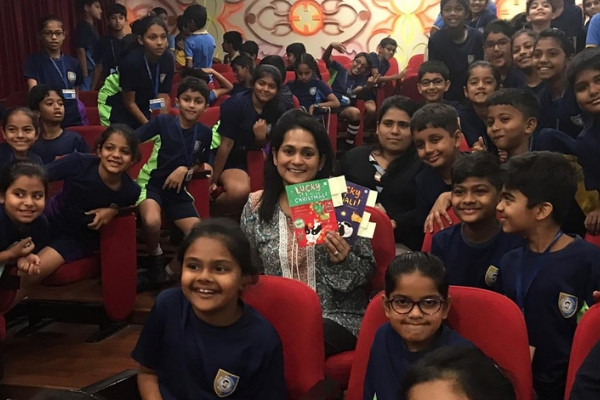 TGL: If you had to have a muse, who would it be and why?
NS: Funny you should ask. I do, in fact, have a muse! It is my dog, Sydney. She inspired me to write my latest series of Early Chapter books titled ‘Lucky, It’s Diwali!’, ‘Lucky, It’s Not Just a Christmas Story!’ and ‘Lucky, It’s Summer!’ (out in April 2019).

Lucky, as you may have guessed, is a dog – a Cocker Spaniel puppy. All three books are told from a dog’s perspective. I had loads of fun writing all three. They are really close to my dog crazy heart.

That was just the cutest interview, don’t you think? We can’t wait to get our hands on Nalini’s books and hopefully in the future we’ll have them for you to read. However in the meantime why don’t you check out some of the other Indian children’s books authors we have in our library. Whether it’s picture books for kids under the ages of 4 or books that are perfect for bedtime, we have it all!

Previous Posts How to Write a Story Step-by-Step by Indian Author Katie Bagli
Next Posts Storytelling Session with Srividhya Venkat And Natasha Sharma!