Solar System For Kids – Fun Facts About Our Universe! 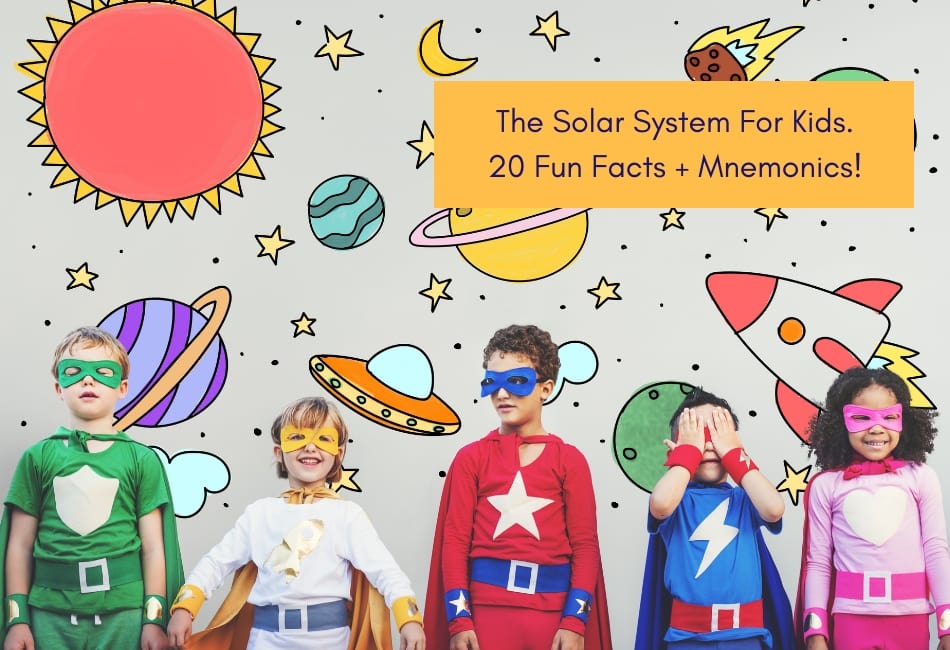 The solar system for kids is a place of infinite mystery – whether it’s their fascination with the stars, planets or astronauts, they love Space. This can lead to a barrage of questions that need short and simple answers that will satisfy their curiosity.

Well, today’s blog is focused on the solar system for kids. We’ve curated facts from textbooks, our memories and the internet that we’re sure will help your child understand the solar system a little better.

What Is The Solar System?

An uncomplicated way to explain the Solar System for kids is to give them a simple description that they can remember easily. The description we like best is:

However, if you have older kids and they are currently learning about the Solar System in school, then, we prefer the description by Kids.kiddle.co:

The statements above will undoubtedly lead to more questions, ones we hope the facts below will help answer!

Fact About The Solar System for Kids

These facts about the Solar System for kids have been curated from all over the internet and textbooks. A great way to get kids to remember these facts is by making them into flash-cards that can be played with whenever curiosity strikes.

More Fun Fact About the Solar System for Kids

Mnemonics to Learn the Planets in the Solar System For Kids 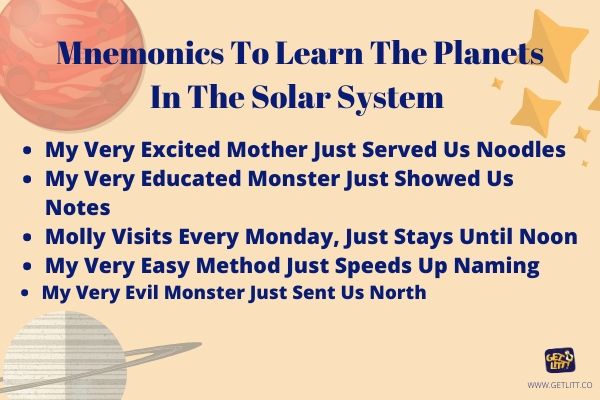 Learning about the 8 different planets in order can be a difficult task for little ones who are just being introduced to the Solar System. However, the easiest way to learn them is by Mnemonics – a simple sentence where each word represent the name of the planet. Below are some of our favourite Mnemonics to learn the planets and their position in the Solar System for kids.

Come up with your own! Use the initials of all the planets to create a fun Mnemonic of your own. Brownie points if you add the 5 dwarf planets in there too!

Well there you have it, that was our blog on the Solar System for Kids. If you’d like your kids to read more books about the Universe then check out our booklist that we wrote on the best Space books for kids.

Till next time,
Happy Reading!

Read: Space Books For Kids Who Are Fascinated By The Universe!